Over the next few weeks, we will be updating your site to the latest version of WordPress. We will also be updating the theme and plugins which power your site.

[box]Once your site has been updated, you will receive an email confirmation, with no further action required on your part.[/box]

Why am I getting this email?

We will be performing a major update on your site.

Up until now, we have been doing this in the background each month, updating WordPress, plugins, themes, and occasionally a bit more, depending on what was needed at the time.

WordPress 5.0 marks the release of a major update, including security improvements, plus the new Gutenberg text editor.

While WordPress 5.0 was released around the holidays, we decided to hold off on updating until it was confirmed to be stable.

Based on our testing & research, we are now ready to begin the update process, which will also involve adding the Classic Editor plugin to keep your site running efficiently, with access to the old text editor. If you rarely or never log into the backend of your website, you will hardly notice any difference.

What else is new?

We have been working diligently to prepare the servers for WordPress 5.0, updating to a newer version of .php, and increasing server RAM for more power. Everything has been running smooth for a few months, and the servers are ready to go. Now is the time to update everything else.

As you know, technology trends and standards often change.

In addition to site software and server updates (which are included with your hosting plan), occasionally more work is recommended to keep up with your competitors, and help you make the most of your site.

In response, we have put together a carefully crafted package called “The Smart Site Upgrade,” which will help bring your site up to 2019 standards, and give you a leg up on connecting with customers. 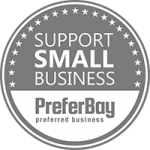